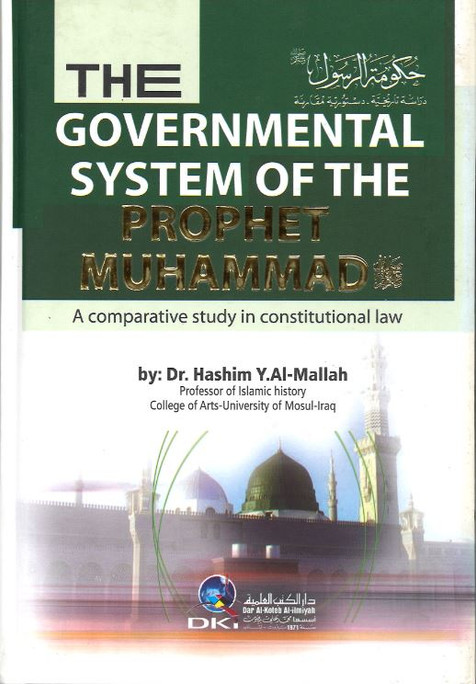 The majority of Muslims believe that the best era in their history was that of the Prophet Muhammad and his orthodox successors, and that the best rulers who ever governed Muslims are the Prophet and his successors. Therefore the Muslims in our own time are inspired by their works and words in many aspects of life, and hope still to follow their model behaviour. This attitude became clear immediately after the creation of Pakistan when the people began to discuss the necessity of establishing a constitution which should be based on the rules of Qur'an, the practice of the Prophet, and, the precedents of his orthodox successors. Yet the nature of the governmental system of the Prophet Muhammad is still ambiguous in the minds of Muslims, and it is hard to find any scientific study on this subject. Therefore it was felt that it might be useful to choose "the governmental system of the Prophet Muhammad" to be the subject of this thesis, and to study it in the light of the theories of state which are known in the field of constitutional law, in order to clarify the form and nature of "the Prophetic government". The thesis consists of five chapters and a conclusion. The first chapter explains how the Islamic state was established and extended to govern most of Arabia. The second chapter presents the idea of sovereignty and authority in the Islamic state. The third deals with the three authorities - legislative, executive, and judiciary - in the Islamic state. In the fourth chapter the writer tries to define the nature of the governmental system of the Prophet and the relations between its powers. The fifth chapter is devoted to explaining the position of the Islamic state on the rights of equality and liberty. The conclusion contains the summary of the main points dealt with in the thesis. It will be a source of satisfaction to the writer if this work should participate in clarifying the governmental system which the Prophet Muhammad established, and if in the near future an opportunity is found to study the development of this system in the era of the Prophet's successors.

The Characteristics of Prophet Muhammed

The Life of The Prophet Muhammed (S.A.W.)

Muhammed: The Natural Successor to Christ

The Quran with Arabic Text by Saheeh International