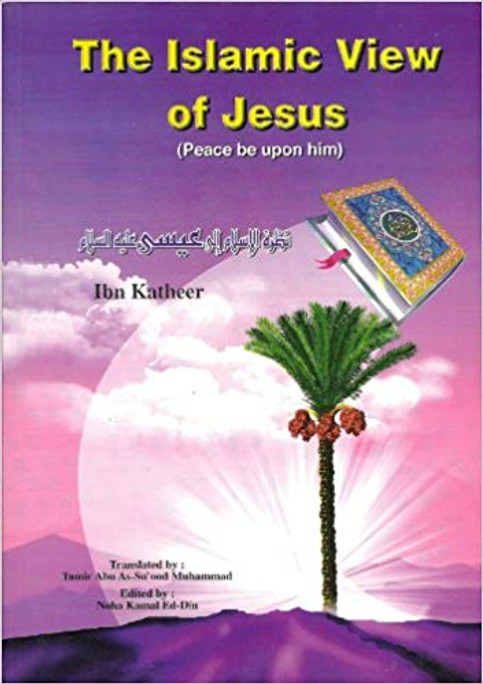 This Book Compiled from the Works of Imam Ibn Kathir.
Jesus the Miracle Baby, The Prophet of Allah his Second Coming are amongst many of the issues discussed in this book.
As well as prophethood and apostleship, Jesus was honoured with many other great qualities and characteristics. The Qur'an says, with reference to his honour :

'Remember when the angels said, 'Allah is giving you the glad tidings of a word from Him, who’s name shall be Masih, I`sa (Jesus) alayhis salam, Son of Maryam (Mary), honoured in this world and in the Hereafter and from the rank of those close to Him.' TMQ - 3:45

Imam Ibn Kathir adds, 'Jesus’ rank was extremely high in this world and also in the hereafter. Jesus was given the Injil (Gospels) and the power to cure the leper and the blind and to bring back to life those who had already died, he was also helped by the angel Gabriel on many occasions.' All this was part of worldly honour. He was also endowed with great wisdom and knowledge, as the Qur'an says:

'And Allah will teach him the book and wisdom and Torah and Injil (Gospels).' TMQ - 3:48

'Then Allah says, 'O Jesus, the Son of Maryam (Mary)! Recount my favour upon you and your mother, when I strengthened you with the angel Gabriel so that you speak to people in childhood and maturity and when I taught you the book and wisdom and Torah and Injil.' TMQ - 5:110

Imam Ibn Kathir(d.774/1352) has said, in explanation of this verse that I’sa (Jesus) was given the talent of writing and that Al Kitab in this verse actually means Al Kitabah, which refers to writing ,as it is a noun in the meaning of its verb, and this would signify that Jesus was not unlettered.

The Clash of Civilisations: An Islamic View

The Muslim Jesus: Sayings and Stories in Islamic Literature

The Islamic Way of Life

The Islamic Movement: Dynamics of Value, Power and Change

The Islamic Guideline on Medicine