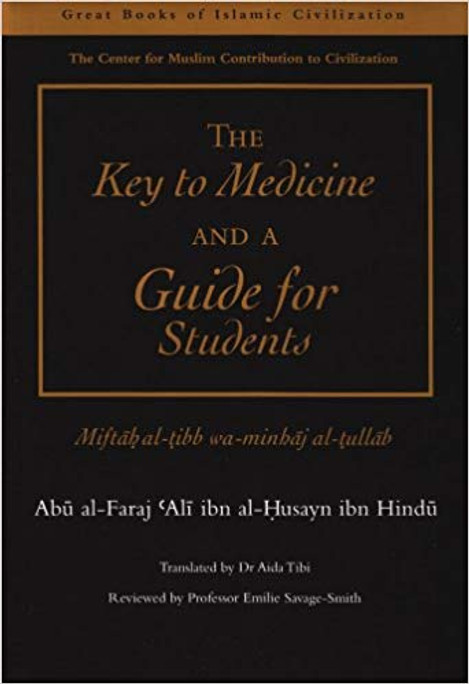 This book - now available in paperback - was originally written in the early 11th century by Abu al-Faraj 'Ali ibn al-Husayn ibn Hindu (d. 423/1032), a physician who was also the author of a treatise on philosophy, and who was famous for his Arabic poetry (his anthology is said to have amounted to 15,000 couplets or more). For a medieval work, which was written as an introduction to medicine intended for students, the book is refreshingly meticulous in its analysis and is modern in its outlook. It discusses the various disciplines that a medical student should have been familiar with, including a lengthy digression into philosophy and logic. It then deals with matters specifically medical, devoting separate sections to anatomy, diseases, pulse, and names of medicinal substances.

The Fiqh of Medicine

Islamic Medicine the Key to a Better Life

The Islamic Guideline on Medicine

Medicines of the Soul

The Jinn & Human Sickness: Remedies in the Light of Qur'an & Sunnah

The Language of the Friday Khutbah

The life of Mohammed SAW

The Jinn, Magic and the Evil Eye