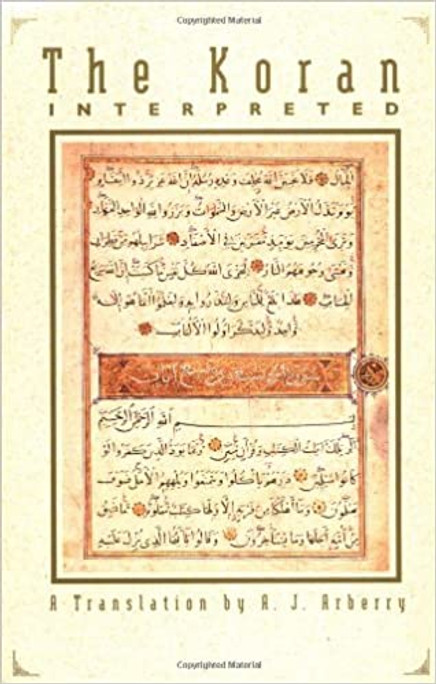 No other book ever written, with the possible exception of the Bible, has so dramatically influenced the course of civilization as the Koran. Yet this important text remains little understood in the West. Since its first publication in 1955, Professor A.J. Arberry's translation has been the finest one available, its magnificently written verse making the Koran accessible to a Western audience. Professor Arberry has rendered the Koran into clear and lyrical English while carefully preserving the incomparable artistry of the Arabic original. "The Koran Interpreted" is universally recognized as not only the most authoritative translation but also the most beautiful one in the English language -- Back cover.

The Complete Idiot's Guide to the Koran