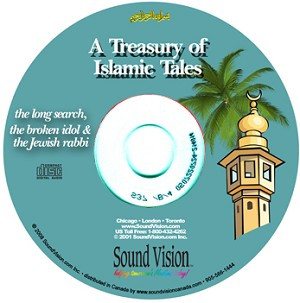 The Long Search CD [from the Treasury of Islamic Tales]

This is one of the CDs [sold individually] from the Treasury of Islamic Tales 7-CD set described below. naked CD in slip-cover, no case.
Presented here are sixty-four true stories taken from the lives of the Prophet Muhammad, (Allah’s peace and blessings be upon him) and other great believers. Originally produced by Islamic Foundation, UK and organized into fourteen storybooks, each CD features two storybooks.
Written by Khurram Murad and M.S. Kayani, the stories are primarily narrated here by Zia Muhiuddin & Maryam Davies, with contributions from Yusuf Islam and Dawud Wharnsby Al