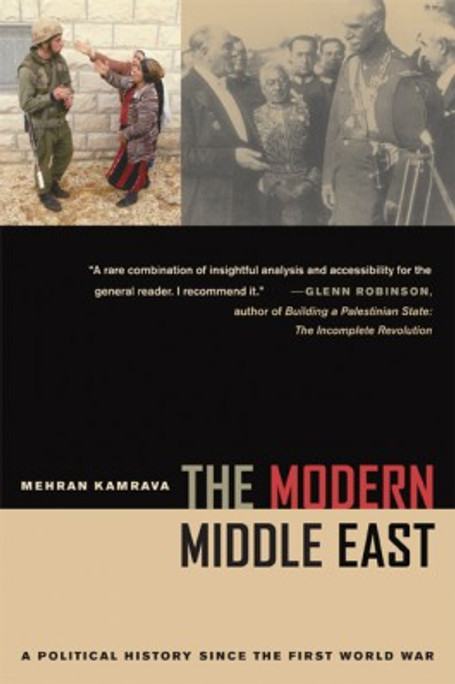 The first succinct and authoritative overview of the making of the modern Middle East, this lucid book brings a valuable mix of historical perspectives and contemporary analysis to a wide audience of readers seeking expert knowledge about this troubled and fascinating region. Giving a rich perspective on the regions historical and political evolution, the book traces the influence of factors such as religion, culture, and economics and illuminates events and topics currently in the news. With its broad thematic sweep and its balanced presentation of contentious issues, it is essential reading for general readers and students who want to better understand the world today.

Mehran Kamrava sets the stage with a concise discussion of the evolution of Islam and the religions profound role in the region. He then looks at, in turn, the rise and fall of the Ottomans, the trials of independence and state-building, the emergence and fiery spread of nationalism, the two Arab-Israeli wars of 1967 and 1973, the Iranian Revolution, and the two Gulf Wars and beyond, including discussion of the invasion of Iraq by the United States. After tracing the consequences of these historical events for a host of political phenomena, Kamrava gives detailed attention to three pivotal issues: the challenges of economic development, the Palestinian-Israeli conflict, and the question of democracy. He also examines issues that will shape the future: population growth, environmental pollution, and water scarcity.

The Miracles of the Quran [DVD]

The Moriscos of Spain

The Muqaddimah: An Introduction to History (Abridged Edition)

The Most Patient Man [PB]