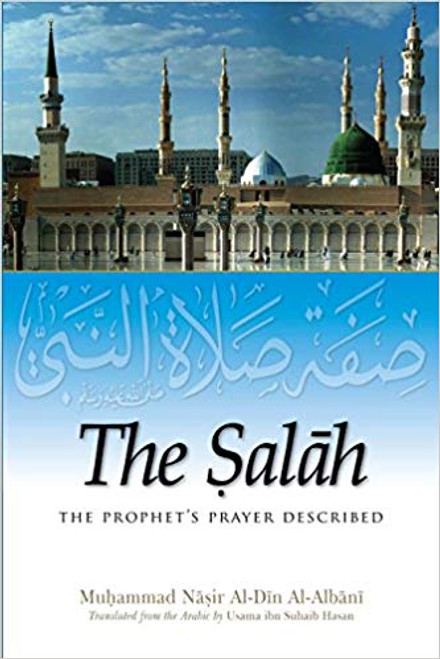 It is not possible for us to perform the Salah (Prayer) as it should be performed unless we know the detailed description of the Prayers as shown by Prophet Muhammad (SAW), such as its essentials, manners, forms, supplications, and remembrances. However, detailed familiarity with these aspects of the Prayer is difficult to be achieved by most people nowadays because of their limiting themselves to a particular madhhab (school of thought). In every madhhab, there are traditions and sunnahs (Prophetic examples which are not found in other madhhabs and in every madhhab there are sayings and actions which cannot be authentically traced back to the Many books have been published on the Salah (Prayer) of the Prophet but most are by later scholars that cater for a particular madhhab (school of thought). This famous work translated from the original Arabic Sifah Salah al-Nabi, brings to together as many features of the Prophet's Prayer from the beginning to the end, so that Muslims can fulfill the Prophet's command to "pray as you see me pray". This work is the result of an extensive research by the author on various traditions (hadiths) and their relevance, judged according to the strict rules of the science of Hadith.