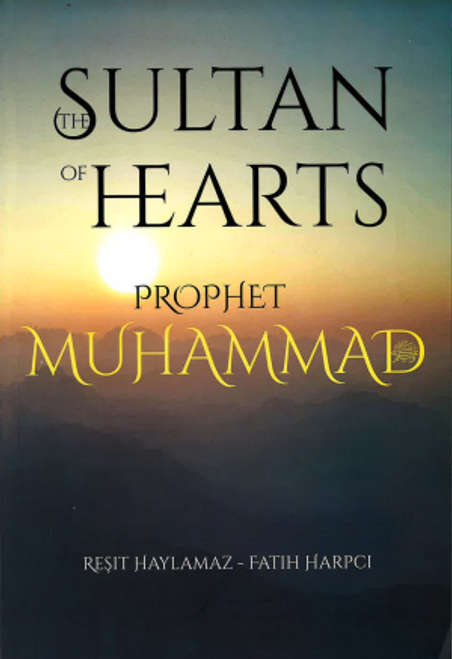 Offering a comprehensive narrative of one of the most fascinating life stories of human history, The Sultan of Hearts is an authoritative work on the life ofProphet Muhammad, peace be upon him. The book relies firmly on canonical Hadith collections and Sirah literature, and is rich with references to manycontemporary biographical works such as Al-Maktabatu's-Sirah, Al-Maktabatu'l-Alfiyah, and Al-Maktabatu'sh-Shamilah.
The Sultan of Hearts presents the life of the Prophet and the events that unfolded during his mission by contextualizing them with Qur'anic revelations.Analyzing “reasons of revelation” (Asbab al-Nuzul), a method in Tafsir studies, authors portray how every revealed verse of God's word transformed his societyand they reconstruct the biography based on this interaction between the scripture and the events. The book lays bare the role of the Qur'an in the educationof the large congregation of the Companions, and with it reveals the kind of teaching and drill that the Messenger of Allah exercised in his close circle.
The developments that preceded and followed the statements of the beloved Prophet are reported extensively in order to point to both the educational aspectsof the Qur'an and the role of our noble Prophet in transforming people's lives. There are also detailed accounts of the spiritual and psychological states ofmany individuals from those who believed the Prophet and those who did not.

The Search for Truth - Prophet Muhammad for Little Hearts

Reasons and Occasions of Revelation of the Holy Quran...USED