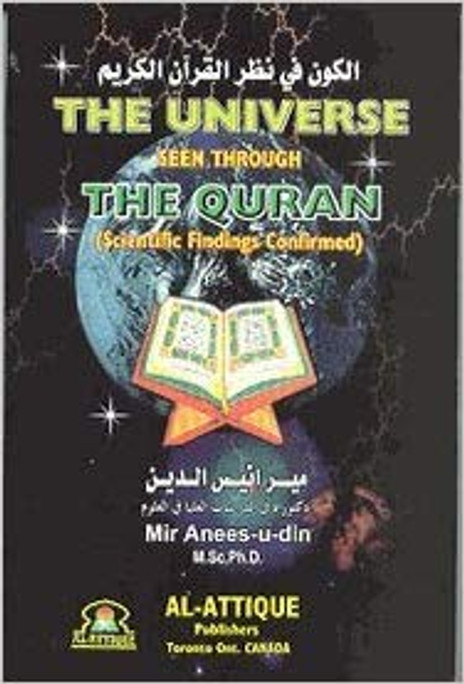 This book is written for enlightening those who wish to understand the Qur'an in modern scientific terminology and to disprove those who regard it as out dated. To compile this book, collection of classification of the verses of the Qur'an under different headings, collection of relevant information from a number of books and journals on science as well as religion had to be done, which took more than two decades. The sole purpose of this book is to make the educated and the science-conscious Muslim realize the worth and greatness of The Quran, which contrary to being orthodox, is ultra modern in its text; and to impress on him the urgent need of implementing it practically in his life so that his admirers: the less educated and the young also practice Islam unhesitatingly.

Creation of the Universe

Arabic Through the Quran

Men and the Universe

A Mercy to the Universe

The Universal Spirit of Islam

The Valley Came Alive Life of the Last Messenger

The True Message of Jesus Christ

The Treatise on Anatomy of Human Body and Interpretation of Philosophers

The Unique Qualities of The Prophet ( S.A.W.) and His Community