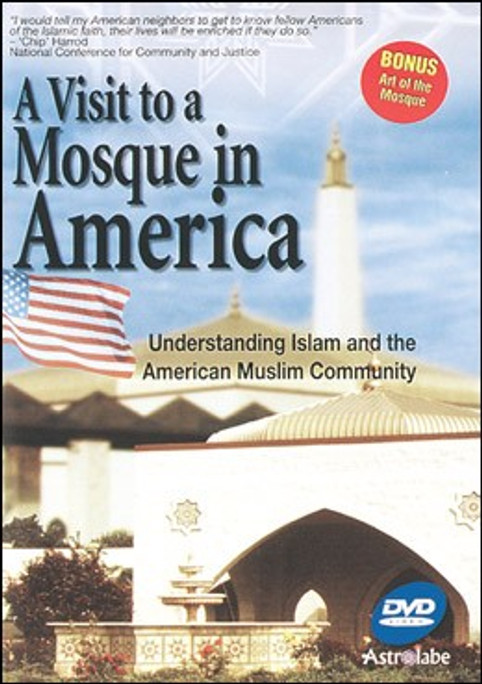 
Islam is considered by many to be the fastest growing religion in the United States, though the Islamic faith is often portrayed as foreign to American soil and ideals. Mosques, Islamic houses of worship, dot the map and the faithful strive to be both Muslim and American. Take an intimate look inside the life of an American Muslim community. This 40-minute production, entitled, A Visit to a Mosque in America: Understanding Islam and the American Muslim Community is combined with a 15 - minute feature entitled, The Art of the mosque. Viewers are taken for a tour of four major buildings at this Islamic Center, itself an architectural masterpiece and much more visitors are taken through the buildings of the Center where various themes are presented; that the Mosque is for (worship), the Community Center (family and social life), the Academy (education) and the Cultural Center (Islam in America). With so much misunderstanding about Islam, these productions introduce Islam to a broad American audience by letting Muslims tell the story of who they are and what they believe, as a positive message to world. Members of the community teach viewers about Islamic beliefs and worship in the mosque, common misconceptions about Islam (women, violence, etc.) in the Community Center, Islamic education, interaction with other faiths and Islam in America. In The Art of the Mosque, Islamic architecture found in a mosque is discussed in a simple manner, touching on its religious and historical significance. Throughout the tour, Muslims and non-Muslims from the local community share their thoughts on Islam and their values in a post 9-11 world.

The Book of Mosques

Story Of A Mosque in America

Story Of A Mosque in America(USED)

The Vision of Islam