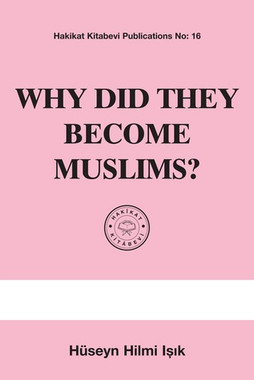 Why did they Become Muslims?

The book Why Did They Become Muslims consists of 3 sections. Section I is a book of Islam and Christianity. Information about Prophets, books, religions (Judaism, Christianity and Islam) is given, conditions of being a true Muslim are explained, the words of those filled with admiration for Islam and the lives of 42 people who being a member of other religions chose Islam are narrated. Section II is a book of the Qur’an-ı Karîm and the Torah and the Bibles as of Today. Information about today’s Torah and Bibles is given, errors in the Bible are explained; that the Qur’an-ı Karîm is the last and unchangeable book is explained scientifically. Besides, explained are miracles, virtues, moral practices and habits of Muhammad ´alayhissalâm. Section III is a book of Islam and Other Religions. That Islam is not a religion of savageness, that a true Muslim is not ignorant, that there can be no philosophy in Islam are explained along with explanations of primitive religions and celestial religions.