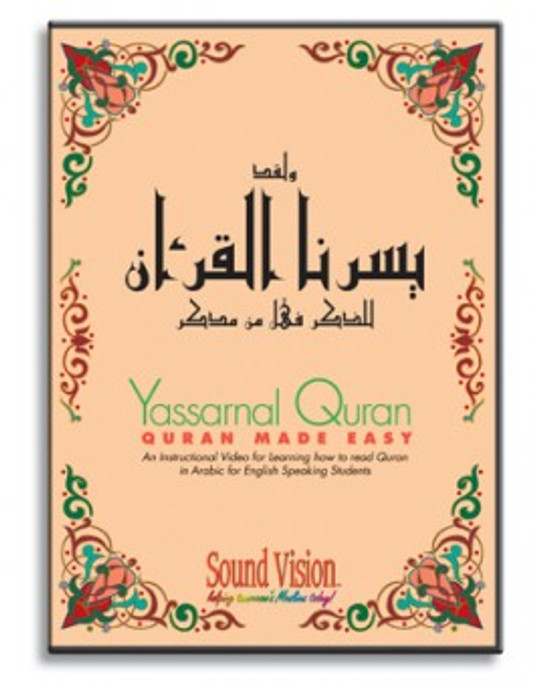 Yassarnal Quran, Quran Made Easy: Yassarnal Quran is the best tool available on video to learn to read Quran. With an expert Qari, English instructions and the Arabic text, it will guide a student through the Arabic alphabet, to joining letters, words and their proper pronunciation.

Yassarnal Quran is a classic Quran teaching tool. It has been used successfully for at least a hundred years by Muslims in Central and South Asia. We dont know the exact history of the beginning of Yassarnal Quran, however, this classic instructional book is the first book nearly all Muslim children use to learn Quran in almost half of the Muslim world. Mothers and teachers use this book as a primary textbook which now has been written and rewritten by many in the English speaking world. Sound Vision has the distinct honor of providing a first rendering of this classic on video.

QURAN IN THE HARAM DVD

English Translation of the Message of the Quran by: Syed Vickar Ahamed (E-Book)

Yunus and the Whale

YOU SHOULD KNOW THIS PERSON MUHAMMAD (PBUH) (E-BOOK)