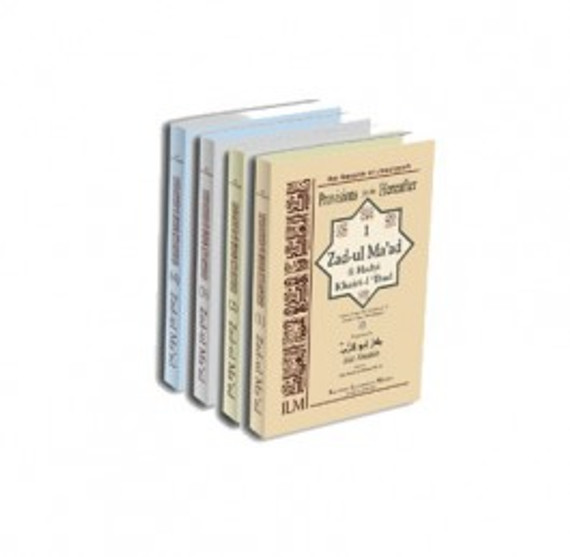 This work reflects much of Ibn Qayyim al-Jauziyyah's efforts in defense of the Sunnah, and comprises a valuable resource for Fiqh and Seerah.
This isn't merely a translation. Sh. Jalal Abualrub's footnotes appear to double the size of the books. At a minimum, he provides definitions of terms and provides references for hadiths. In addition, brief footnotes provide textual clarification and enhancement.

The majority of the footnotes, however, provide detailed topical expansion with supplemental hadith and commentary on those as well as on the hadith included by Ibn Qayyim. It is not unusual for a footnote related to a single sentence to comprise several pages of explanation, and provide valuable information on other than the topic at hand. For example, in Vol. 3, in the section on the Khutbah of Rassullallah (), Ibn Qayyim's statement that he "would then order and encourage his companions to give charity" is accompanied by two pages of footnotes that culminate in exposing the fallacy of those who would use a related hadith to claim that there is such a thing as good Bid'ah in Islam!

For his footnotes, Sh. Jalal relies heavily upon the works of the famous contemporary scholar Sh. Nasir-ad-Din al-Albani (rahimuhullah), on which reviews of the authenticity of the hadith are primarily based. Accordingly, documented information is included from all of the scholarly sources used by Sh. Al-Albani as well.

Yunus and the Whale

Your Money Matters: The Islamic Approach to Business, Money, and Work