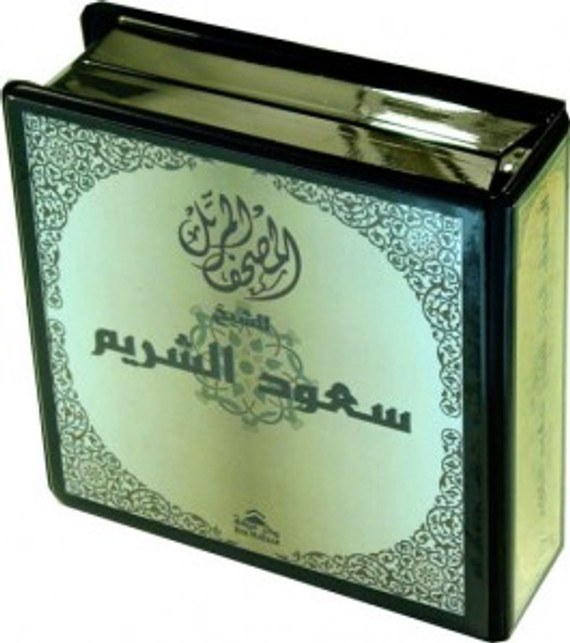 Dr Shaikh Abu Ibrahim Saud ibn Ibrahim ibn Muhammad ash-Shuraim An-Najdi Ph.d is one of the imams of the Grand Mosque (Masjid al-Haram) in Makkah. In 1991, he was made Imam and Khateeb of Masjid al-Haram by the order of Custodian of the Two Holy Harams, King Fahad bin AbdulAzeez Al-Saud. In 1992, by Royal order, he was appointed judge in the High court of Mecca. In 1993, the High approval was made for him to teach in the Holy Masjid. In 1995, he pursued the Doctorate degree in the Umm al-Qura University of Makkah. He has since been serving as a professor at the Umm al-Qura University in Makkah. In recent years he has been the dean of the faculty of "Shariah and Islamic Studies". In June 2010, he was promoted from the rank of "Professor" to the rank of "Specialist Professor in Fiqh" by the president of the university Dr. Bakri bin Matooq. Sheikh Shuraim is a memorizer of the Quran (a Hafiz) and is well known for his deep voice and smooth recitation style. He is Sheikh Sudais cousin as their tribes are related to each other

Al Quds: The Place of Jerusalem in Judaism & Islam [PB]