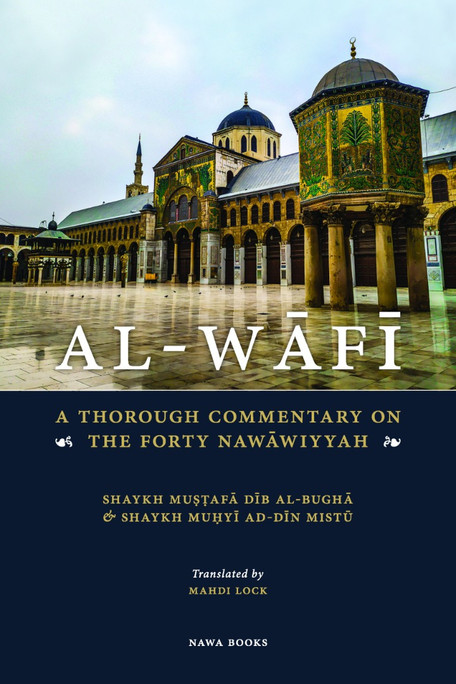 AL-WĀFĪ is a well-known Arabic book on the commentary of forty ḥadīths compiled by the great jurist and ḥadīth scholar Imam Abū Zakariyyā Yaḥyā ibn Sharaf al-Nawawī, commonly known as al-Nawawī or Imam Nawawī (d. 676 AH).
The book is widely used in schools and religious classes.  It has been translated into several languages and this is the first published English version.
It is authored by two of Damascus’ internationally well-known and respected scholars, Shaykh Muṣṭafā Dīb Al-Bughā and Shaykh Muḥyī Ad-Dīn Dīb Mistū. Both are esteemed professors in the field of Islamic knowledge and authors of several critically acclaimed books.
This book is ideal for those who wish to read for personal edification as well as those who would like to conduct classes. Every ḥadīth is followed by a detailed explanation of its importance, its vocabulary, followed by its fiqh rulings, along with other insights that can be gleaned from it.
×
star_border star_border star_border star_border star_border

Commentary on the Forty Hadith of Al-Nawawi (2 Vols)

Man and Allah's Justice on Earth

Topics of the Quran