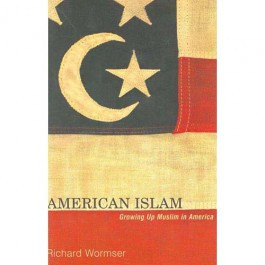 Today, an estimated four to six million Muslims live in the United States. Yet Islam is still one of the most misunderstood and maligned religions in this country. Nes coverage of recent events such as the World Trade Center bombings and the war in Iraq spread one-sided, negative images of Muslims as terrorists and religious fanatics in America and abroad. In "American Islam," Richard Wormser draws on interviews with Muslim teenagers to go beyond the headlines and provides a timely, unbiased look at this important segment of American society. Young Muslims speak out about everyday concerns -- family, school, relationships -- revealing how they maintain their identity and adapt their religious and cultural traditions to fit into Americas more permissive society. A historical overview of Islam, an interpretation of the basic tenets of the Quran, and a close look at the growth of Islam in African-American communities rounds out the first-person accounts of dialy life.