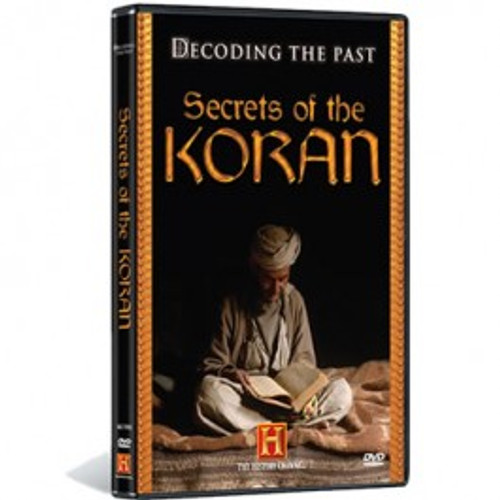 Hear from some of the world's leading religious scholars.

See how the Koran has been interpreted through the centuries.

It is one of the most important works ever written. For some billion people worldwide, it is the holy scripture, the word of god and his prophet. For others, it is a historical artifact that has left an indelible imprint on the world. It is the Koran.

SECRETS OF THE KORAN probes the heart of the work that many outside Islam find impenetrable and mysterious. Examine the history of the verses and their implications for modern times, as well as the striking similarities and differences between the Koran and the Bible--and the ways in which Muslims believe the Koran corrects some of the Jewish and Christian scriptures. Trace the influence of the Koran from the Golden Age of Islam to the modern rise of jihadism. And hear from top Islamic scholars and holy men as they share their insights into the work that lies at the foundation of one of the world's great religions.

THE HISTORY CHANNELÂ® provides the perfect guide to understanding the fundamental work that has shaped the Muslim faith for over 1,400 years, and will long continue to influence modern history.