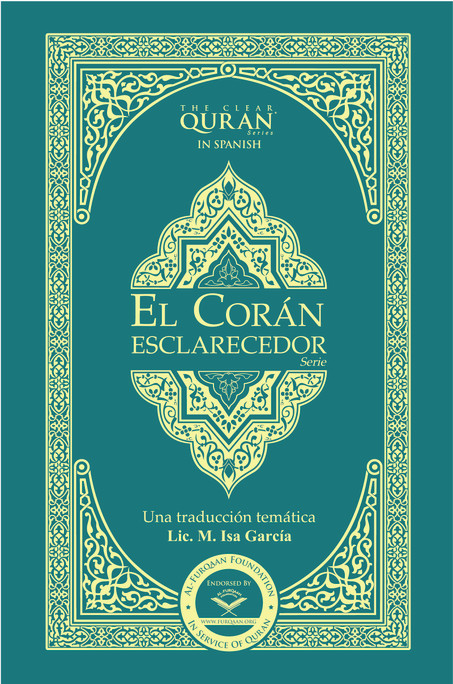 Shaikh Isa Garcia was born in Buenos Aires, Argentina, where he converted to Islam at age 18. He holds a degree in the Arabic Language and Islamic Theology from Umm Al-Qura University in Makkah al-Muqarramah.
He is writer and translator of numerous books and authored a number of titles including the correct understanding of Islam to non-Muslims titled "Introduction to Islam.” He has completed a commented translation of the Quran in the Spanish style of Latin America.
He is a speaker at many forums in Europe, Latin America and USA. He was director of the Spanish department at "International Islamic Publishing House" (IIPH), Darussalam Publishers and different websites.
He has recorded numerous television programs for the Islamic Channel of Spain, Córdoba International TV.
After completing his Islamic training, he completed certifications as a mediator for conflict resolution and is a facilitator in restorative justice in the United States.

While there are a few previous Spanish translations, this translation surpasses all the previous ones for many reasons, including:

- Its reliance on classical tafsir works and lexicons
- Its accuracy
- Its modern language and style
- The fact that this translation has been reviewed by a committee for both accuracy and style, thus making it a group project and not just an individual work.

This new edition has beautiful gold foil stamping on the cover and bigger font size on the pages, making it easier to read.