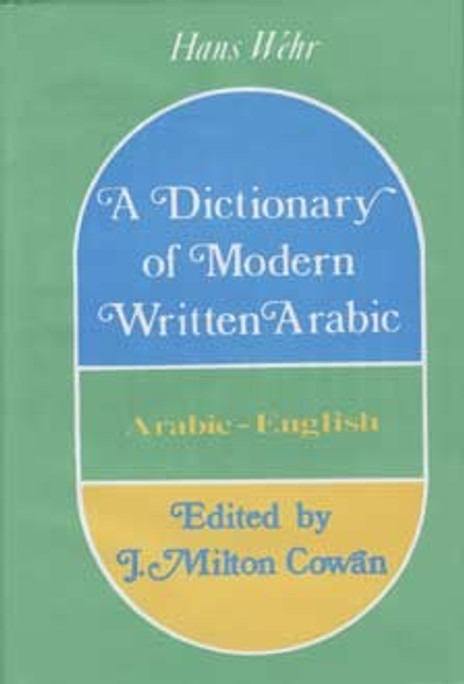 Every word in the dictionary is transliterated, which is useful for indicating sounds which are sometimes used in Modern Standard Arabic pronunciation, but that cannot be easily represented in standard Arabic script.

The Dictionary of Modern Written Arabic by Hans Wehr is widely regarded as the foremost Arabic-English bilingual or translation dictionary and has particular usefulness for students of Modern Standard Arabic. The morphology and syntax of written Arabic is essentially the same in all Arabic countries. Unlike many other Arabic-English dictionaries, it arranges each Arabic word according to its consonantal root. Foreign words are listed in straight alphabetical order by first letter (in the Arabic script). Arabicized loanwords, if they can clearly fit under some root, are entered both ways, often with the root entry giving reference to the alphabetical listing.