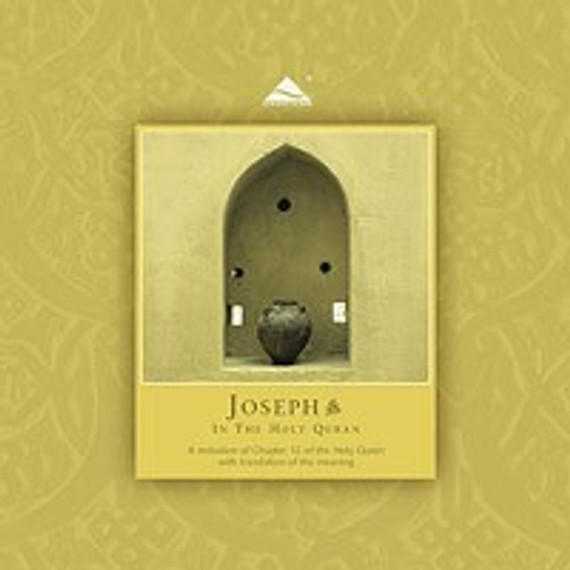 Joseph Recitation - Shaykh Al-Ghamdi, Translation - Mauri Salakhan Product Overview... A Recitation of chapter 12 (Joseph) of the Holy Quran with Translation of the Meaning. A sweet recitation in Arabic by Shaykh Saad al-Ghamdi of Chapter 12 followed by English translation of the meaning read by El-Hajj Mauri Saalakhan. The Arabic recitation and the translation alternate chapter by chapter. This CD is an ideal gift for any of your non-Muslim friends, co-workers and neighbors. About the Translation... Translation of the meaning of Quranic verses is based in essence on the popular translations by Yusuf Ali and Muhammad Marmaduke Pickthal. However, the translation offers significant advantages over these two translations and other popular ones in the following areas: 1 Language ease: the translation is a Modern Standard English translation that uses common words with their current uses to convey the meaning of the Holy Quran. The translation does not use Old English expressions and phrases such as thou, lo, and thee. Consider the translation of verse 4 in chapter 68 in common translations: Yusuf Ali: And thou (standest) on an exalted standard of character. M. Pickthal: And lo! thou art of a tremendous nature. Now, the new translation reads: And indeed! You are of great moral character 2 Accuracy: the translation was checked against 4 books of tafseer (commentary and explanation of the Quran), namely Ibn Kathir, Al-Tabari, Al-Qurtubi, and Al-Fakhr Al-Razi, to insure the accuracy of translation. Consider the translation of verse 102 in chapter 20: Yusuf Ali: The Day when the Trumpet will be sounded: that Day, We shall gather the sinful, blear-eyed (with terror). M. Pickthal: The day when the Trumpet is blown. On that day we assemble the guilty white-eyed (with terror), Notice the part near the end of the verse where the eyes of the guilty or the sinful are described as blear-eyed or white-eyed. The original word in Arabic is Zurqa, which literally means blue-eyed. Arabs used to refer a person whose vision is blurred out of terror or because of calamity as blue-eyed. Now, the new translation reads: The day when the Trumpet is blown. On that day we will assemble the guilty disbelievers bleary-eyed (with terror). 3 Allowing for multiple meanings: the books of tafsir often provide multiple meanings to a particular verse, and the translation attempts to capture as many of the meanings as possible. Consider verse 29 in chapter 74 which describes Saqar (one of the names of Hell): Yusuf Ali: Darkening and changing the color of man! M. Pickthal: It shrivelleth the man. Now, the new translation which incorporates two meanings of the verse: Gleaming from a distance, yet darkening of peopleâ€™s skin. 4 Descriptiveness and clarity: the translation often uses phrases rather than single words to clarify the meaning of Arabic words and expressions. Consider verse 108 in chapter 20: Yusuf Ali: And Pharaoh, and those before him, and the Cities Overthrown, committed habitual Sin. M. Pickthal: And Pharaoh and those before him, and the communities that were destroyed, brought error, Now, the new translation: And Pharaoh, those before him, and the people of Lut whose cities were flipped upside down committed grave habitual sin. 5 Capturing of the interconnectedness between verses: the translation attempts to convey the explicit and implicit relationships between verses in a chapter to present each chapter as a contiguous unit. Consider verses 26-31 which explicitly talk about Saqar in chapter 74: Soon I will dip him into Saqar. Ah! If you just knew what Saqar is? It leaves nothing and spares nothing â€¦ Verses 32-37 continue to talk about Saqar. This continuity is not clear when reading most common translation. For example, Yusuf Aliâ€™s translation reads: Nay, verily: By the Moon, And by the Night as it retreateth, And by the Dawn as it shineth forth,- This is but one of the mighty (portents), A warning to mankind, To any of you that chooses to press forward, or to follow behind; Notice that there is no reference made to Saqar in the translation. Now, the new translation reads: But no! I swear by the moon, And the night as it retreats, And by the dawn it shines forth, Indeed! This one, Saqar, is one of the greatest layers of Hell. As a warning to mankind, To any of you who chooses to advance or to lag behind. The resulting translation is one that is easy to read and understand without requiring any previous knowledge of Islam or Arabic. The recording of the translation by El-Hajj Mauri Salakhan covers a new dimension to the translation by providing the proper stresses and intonations to further clarify the meaning of the verses.

The Prophet Joseph in the Quran, the Bible, and History

Journey to Mecca: In the Footsteps of Ibn Battuta DVD