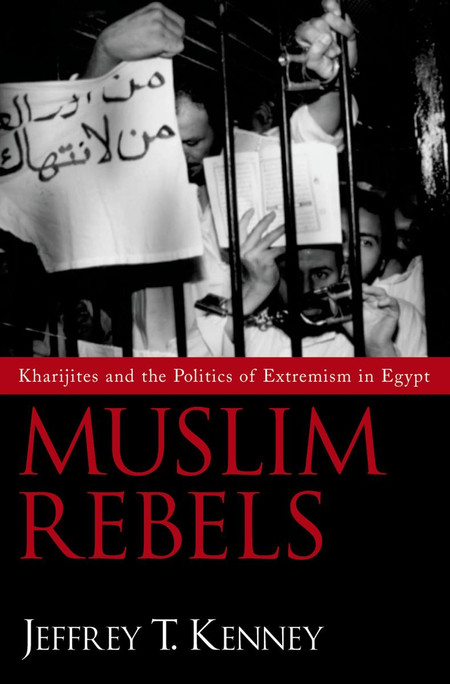 The Kharijites were the first sectarian movement in Islamic history, a rebellious splinter group that separated itself from mainstream Muslim society and set about creating, through violence, an ideal community of the saved. Their influence in the political and theological life of the nascent faith has ensured their place in both critical and religious accounts of early Islamic history. Based on the image of sect fostered by the Islamic tradition, the name Kharijite defines a Muslim as an overly-pious zealot whose ideas and actions lie beyond the pale of normative Islam.
After a brief look at Kharijite origins and the traditional image of these early rebels, this book focuses on references to the Kharijites in Egypt from the 1950s to the 1990s. Jeffrey T. Kenney shows how the traditional image of the Kharijites was reawakened to address the problem of radical Islamist opposition movements. The Kharijites came to play a central role in the rhetoric of both religious authorities, whose official role it is to interpret Islam for the masses, and the secular state, which cynically turns to Islamic ideas and symbols to defend its legitimacy. Even those Islamists who defend militant tactics, and who are themselves tainted by the Kharijite label, become participants in the discourse surrounding Kharijism. Although all Egyptians agree that modern Kharijites represent a dangerous threat to society, serious debates have arisen about the underlying social, political and economic problems that lead Muslims down this destructive path. Kenney examines these debates and what they reveal about Egyptian attitudes toward Islamist violence and its impact on their nation.
Long before 9/11, Egyptians have been dealing with the problem of Islamist violence, frequently evoking the Kharijites. This book represents an important contribution to Islamic studies and Middle East studies, adding to our understanding of how the Islamic past shapes the present discourse surrounding Islamist violence in one Muslim society.

Kernel of the Kernel

Key to Al'Imran: Resurgence of the Ummah