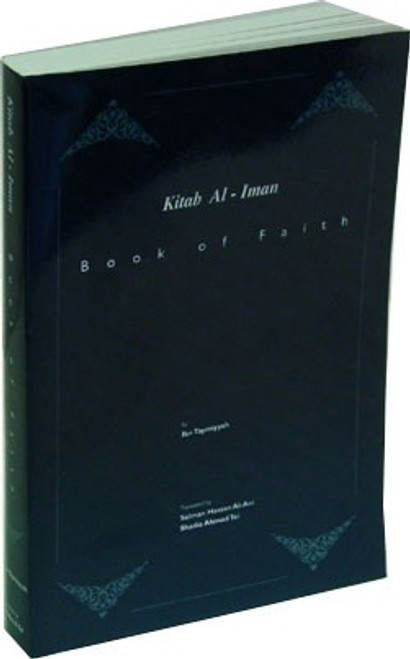 Book of Faith represents the first complete English translation of the important and well-known work Kitab Al-Iman, written by the renowned thirteenth-century Muslim scholar Ibn Taymiyyah. The concept of Iman, faith, is fundamental to Islam. Iman has served to define the nature of Muslim life and the essence of the religion as a whole. Ibn Taymiyyah's own deep conviction and understanding of Iman is based on the interpretations of the Quran, Hadith, sayings and deeds of the Prophet Muhammad (pbuh), and the conduct of the pious ancestors of the first three Islamic countries.

Ibn Taymiyyah was born in Syria on 22 January (661/1263). Throughout history, he is considered one of the very few distinguished scholars of Islam. From an early age, Ibn Taymiyyah was firmly grounded in Islamic traditional education, with emphasis on the Quran Hadith, and the Arabic language. His prolific works have served to reaffirm traditional Islamic understanding. Ibn Taymiyyah's scholarly contributions resulted in numerous books and treaties.

Taqwiyat-ul-Iman - Strengthening of the Faith

The Book of Wisdoms: Kitab Al-Hikam: A Collection of Sufi Aphorisms