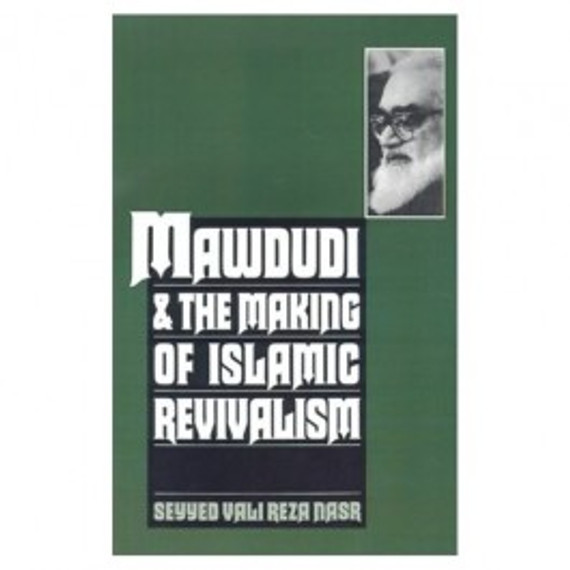 Nasr examines the life and thought of Mawlana Mawdudi, one of the first and most important Islamic ideological thinkers. Mawdudi was the first to develop a modern political Islamic ideology, and a plan for social action to realize his vision. The prolific writings and indefatigable efforts of Mawdudis party, the Jamaat-i-Islami, first in India and later in Pakistan, have disseminated his ideas far and wide. His views have informed revivalism from Morocco to Malaysia.
Nasr discerns the events that led Mawdudi to a revivalist perspective, and probes the structure of his thought, in order to gain fresh insights into the origins of Islamic revivalism. He argues that Islamic revivalism is not simply a cultural rejection of the West, rather it is closely tied to questions of communal politics and its impact on identity formation, discourse of power in plural societies, and nationalism. Mawdudis discourse, though aimed at the West, was motivated by Muslim-Hindu competition for power in British India. His aim, according to Nasr, was to put forth a view of Islam whose invigorated, pristine, and uncompromising outlook would galvanize Muslims into an ideologically uniform and hence politically indivisible community. In time, this view developed a life of its own and evolved into an all-encompassing perspective on society and politics, and has been a notable force in South Asia and Muslim life and thought across the Muslim world.
Reviews
"Beyond its contribution to a fuller and more nuanced interpretation of Mawdudi, Nasrs readable and carefully researched work raises important questions regarding the conventional Western interpretation of revivalist Islam....Highly recommended to all academic libraries and to public libraries concerned with the contemporary interaction of religion and politics."--Choice

"Thanks to impeccable scholarship of Seyyed Vali Reza Nasr and his splendid research, we now have a full-fledged account of Mawlana Mawdudis lifetime undertaking of a reading of Islam compatible with the political and cultural imperatives of a colonized society. Nasr has produced a crucial text that considerably expands our understanding of the political circumstatnces under which contemporary versions of Islam are produced."--American Journal of Sociology

"This volume is likely to become the classic source for information and analysis with reference to the life of Mawlana Mawdudi. Nasr provides much material which is not available alsewhere in English about the family background of Mawdudi."--The Review of Politics

"Nasr, through his persuasive knowledge of Islamic eschatology, mysticism, and his competence in Urdu, and his extensive field work, presents a comprehensive and equally objective study of an otherwise misunderstood Muslim thinker."--The Journal of Asian Studies

Mary and Jesus in the Quran

Marriage and Family in Islam

Medicine of the Prophet