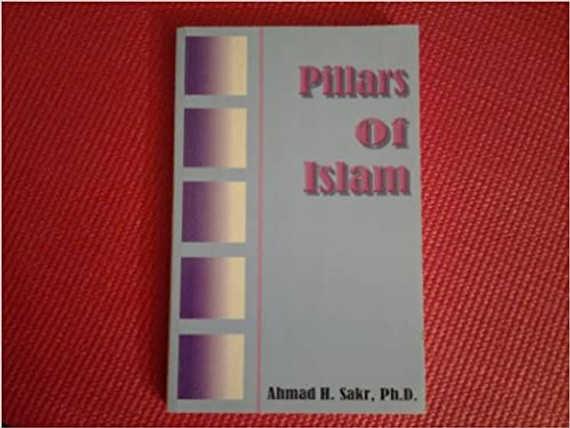 Dr. Ahmad H. Sakr was born in Beirut, Lebanon. He passed away on November 23rd, 2015 (10 Safar 1437 AH) in San Gabriel Valley, California. He received his academic education at the American University in Beirut, and the University of Illinois where he got his Ph.D. While in Lebanon, he got his Islamic education through tutoring from the late Grand Mufti of Lebanon as well as from a large number of Muslim scholars from neighboring countries. He served as Director of the Islamic Center of Beirut. While studying in America, he was a founding member and president of the Muslim Students’ Association of the U.S.A and Canada, currently known as the Islamic Society of North America (or ISNA), a mother organization in North America. Dr. Sakr was also a founding member of the World Council of Mosques whose headquarters is in Makkah. He was the first director and representative of the Muslim World League to the U.N. Furthermore, Dr. Sakr was an educator and taught in several universities. In 1973, he was selected as an Outstanding Educator of America. He was also an administrator and served in numerous capacities at various American universities, the last of which was the Acting President of the American Islamic College in Chicago. In 1976/1977 he was selected as a Community Leader and a Noteworthy American. Most recently, he was the president of the Foundation for Islamic Knowledge. Director of the Islamic Education Center in Walnut, California, a member of Operation Safe Community, a member of the Walnut Interfaith Council in California, and a board member of the Islamic food and Nutrition Council of America (IFANCA). Dr. Sakr appeared on ABC’s Nightline as well as the Canadian Broadcasting Corporation (CBC). In addition, he made numerous radio and television appearances. He also organized and coordinated many national and international conferences. Additionally, he was a well known writer and has written a series of books and booklets on Islam, food, health, behavior, terrorism, fundamentalism, Khutab, and orations. At last count, he had written over fifty six (58) books and booklets not counting the innumerable articles he has authored and published. Dr. Sakr’s approach was to build a bridge of understanding through commonalities with Muslims and non-Muslims. The latest visit was to the Vatican in Italy where he participated in a Dialogue with the Bishops, Cardinals and the Pope.

Qur’an Flashcards Workbook: Learn the Names of All 114 Surahs Without Images (E-Book)