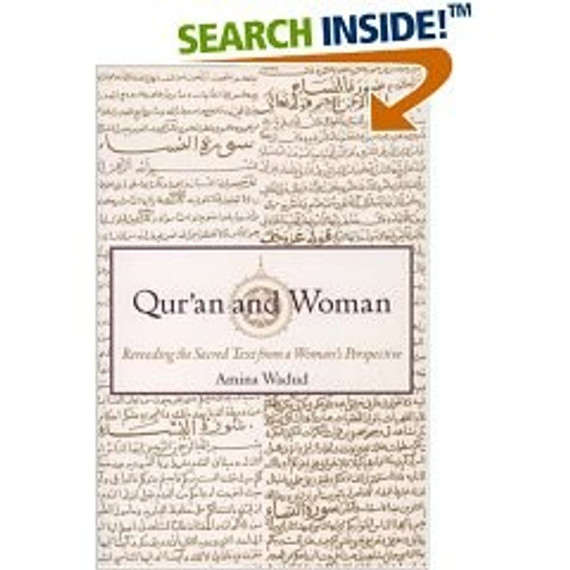 Fourteen centuries of Islamic thought have produced a legacy of interpretive readings of the Quran written almost entirely by men. Now, with Quran and Woman , Amina Wadud provides a first interpretive reading by a woman, a reading which validates the female voice in the Quran and brings it out of the shadows. Muslim progressives have long argued that it is not the religion but patriarchal interpretation and implementation of the Quran that have kept women oppressed. For many, the way to reform is the reexamination and reinterpretation of religious texts.

Quran and Woman contributes a gender inclusive reading to one of the most fundamental disciplines in Islamic thought, Quranic exegesis. Wadud breaks down specific texts and key words which have been used to limit womens public and private role, even to justify violence toward Muslim women, revealing that their original meaning and context defy such interpretations. What her analysis clarifies is the lack of gender bias, precedence, or prejudice in the essential language of the Quran.

Despite much Quranic evidence about the significance of women, gender reform in Muslim society has been stubbornly resisted. Waduds reading of the Quran confirms womens equality and constitutes legitimate grounds for contesting the unequal treatment that women have experienced historically and continue to experience legally in Muslim communities. The Quran does not prescribe one timeless and unchanging social structure for men and women, Wadud argues lucidly, affirming that the Quran holds greater possibilities for guiding human society to a more fulfilling and productive mutual collaboration between men and women than as yet attained by Muslims or non-Muslims.

In the Beginning, First Man and Woman - Favourite Tales from the Quran

Quran and Seerah Stories for Kids

Questions and Answers about Faith