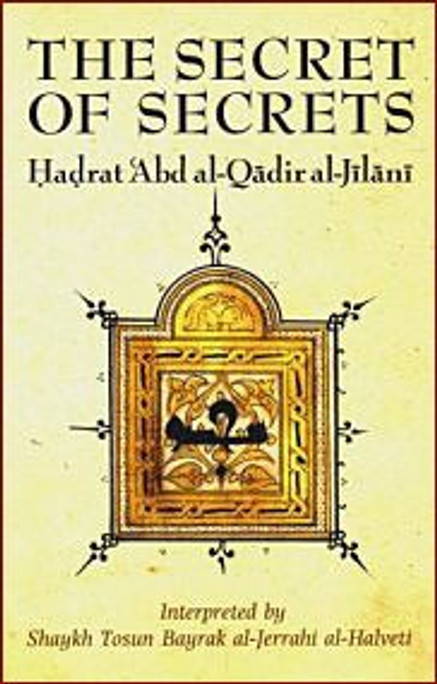 An interpretative translation by Shaykh Tosun Bayrak of Sirr al-Asrar by Hadrat Abd al-Qadir al-Jilani (1077-1166AD), considered by many to be one of the greatest saints of Islam and the eponymous founder of the Qadiriyya order. This book, appearing in English for the first time, contains the very essence of Sufism, giving a Sufi explanation of how the outward practises of Islam - prayer, fasting, almsgiving and pilgrimage - contain a wealth of inner dimension which must be discovered and enjoyed if external actions are to be performed in a manner pleasing to God. When this is achieved the soul finds true peace and the spiritual life becomes complete.

Abd al-Qadir al-Jilani, born near the Caspian Sea, was the son of the great saint Fatima bint Abdullah al-Sawmaâ€™i. After a period of intense intellectual and mystical training he received the khirqa (robe of initiation) and was soon recognised as a saint and scholar, consulted, loved and revered by caliph and pauper alike. As one of the most venerated figures in Sufism his burial place in Baghdad still attracts numerous visitors from many countries.

â€˜This work, which contains a biographical introduction to one of the authorâ€™s least-known works, represents a valuable contribution to the field...The translatorâ€™s introduction provides an insight into the various personal qualities and divine graces which are recognised in combination as a proof of sainthood...It is clearly and elegantly presented, accessible, and has the merit of combining metaphysical doctrine with devotional ethics as encapsulated in the life and work of one of the most endearingly popular Sufis of all time.â€™ Journal of Islamic Studies

Tales from Rumi - The Secret Room

Life is an Open Secret: Think About It

The Seerah of Prophet Muhammad (PBUH)