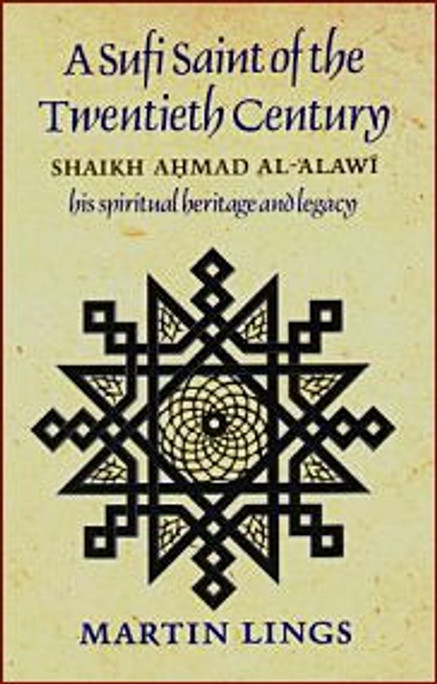 A Sufi Saint of the Twentieth Century
Shaikh Ahmad al-Alawi

Almost a prerequisite for any serious study of Sufism in European languages: this was the verdict of Seyyed Hossein Nasr in his review of the first edition of the book. According to the Journal of Near Eastern Studies, it is one of the most thorough and intimately engaging books on Sufism to be produced by a Western scholar. Certainly there is nothing second-hand about it. The author lets Sufis speak for themselves and, in a series of unusual and absorbing texts mainly translated from Arabic, he gives a vivid picture of life in a North African Sufi order. Against this background stands the unforgettable figure of the Algerian Shaikh who was head of the order from 1909 until his death in 1934. The last few chapters are mainly devoted to his writings, which include some penetrating aphorisms, and which end with a small anthology of his remarkable mystic poems.

Martin Lings, formerly Keeper of Oriental Manuscript in the British Museum and the British Library, is the author of three works on Islamic mysticism, Muhammad: His Life Based on the Earliest Sources, What is Sufism? and The Book of Certainty, all published by The Islamic Texts Society.

â€˜A masterly study of a man whose sanctity recalled the golden age of medieval mystics. In this well documented book Dr Lings draws on many rare sources...and has made some important original contributions.â€™ A. J. Arberry

â€˜What Martin Lings adds by way of commentary is of the greatest significance and may serve as a key to a deeper understanding of Islam as a whole.â€™ Titus Burckhardt