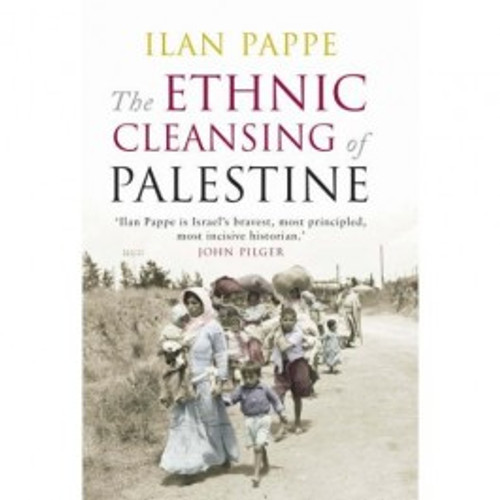 Since the Holocaust, it has been almost impossible to hide large-scale crimes against humanity. In our communicative world few modern catastrophes are concealed from the public eye. And yet, Ilan Pappe unveils, one such crime has been erased from the global public memory: the ethnic cleansing of the Palestinians in 1948. The pervasive denial of the Nakbah, as Palestinians call the catastrophe that befell them, is still a mystery today. But why is it denied, and by whom?

The Ethnic Cleansing of Palestine offers an investigation of this mystery, and Pappe puts forward a ground-breaking â€“ if controversial â€“ interpretation of the relationship of Nakbah to the Palestine-Israeli conflict, naming Nakbah as the conflictâ€™s very origin. Portraying Israeli-Palestine relations in a revolutionary new light, this book is guaranteed to spark fierce debate throughout the world.

Ilan Pappe is a senior lecturer in Policital Science at Haifa University. He is Academic Director for the Research Insitute for Peace at Givat Haviva and Chair of the Emil Touma Institute for Palestinian Studies, Haifa. He is also author of the bestselling /A History of Modern Palestine/ (Cambridge), /The Modern Middle East/ (Routledge), and /The Israel/Palestine Question/

"Superb account of how, and why, Palestinians were driven out of their homes." Socialist Review

"If not the last word, this is a major intervention in an argument that will, and must, continue. Theres no hope of lasting Middle East peace while the ghosts of 1948 still walk" The Independent

â€œGround breaking research into a well kept Israeli secret. A classic of historical scholarship on a taboo subject by one of Israels foremost New Historians.â€ Ghada Karmi â€“ Institute of Arab and Islamic Studies, University of Exeter, England, UK