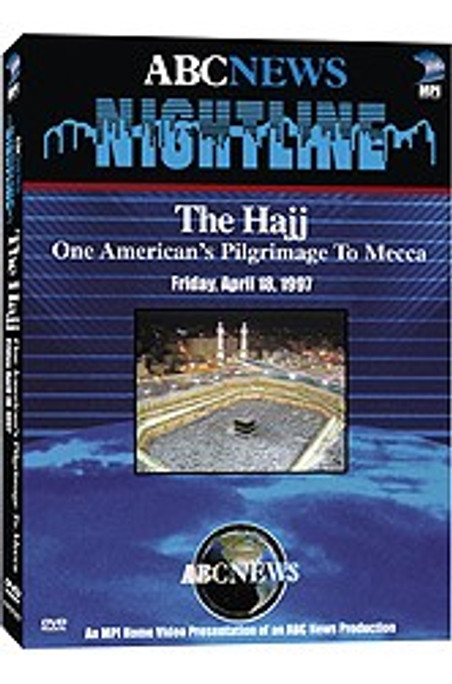 Each night, the ABC News team bears witness to reality as it occurs throughout the world. This DVD is yet another episode in the continuing TV institution known as Nightline.

For over 1,400 years, Muslims have been making their holy pilgrimage to the sacred site of Mecca. In modern times, approximately two million Muslims make the pilgrimage - or Hajj - to Mecca each year, a trip required of the faithful at least once in every Muslimâ€™s lifetime. Muslims from all over the world come together there, bereft of any outside identity save that of their shared faith. As the place where the prophet Muhammad received the verses of the Koran, Mecca is a place of great spirituality and tradition.

Non-Muslims are forbidden entry to Mecca, and it is, therefore, a place that few Americans will ever get to see. But in this special broadcast that aired during the last month of the Islamic year, when the Hajj is traditionally made, writer Michael Wolfe documents his trip to Islamâ€™s holiest shrine for ABC News Nightline. One of the more than five million Muslims in the United States, Wolfe is a convert, born the son of a Christian mother and a Jewish father. The occasion is his second Hajj, and Wolfe takes viewers step-by-step through the spiritual side of the pilgrimage, explaining the origins and meanings of the various rituals, and speaks live from the Kabâ€™a, the Great Mosque of Mecca, with ABC Newsâ€™ Ted Koppel.

The Pilgrimage to Makkah

The Heart of Islam

You Can Be The Happiest Woman In The World