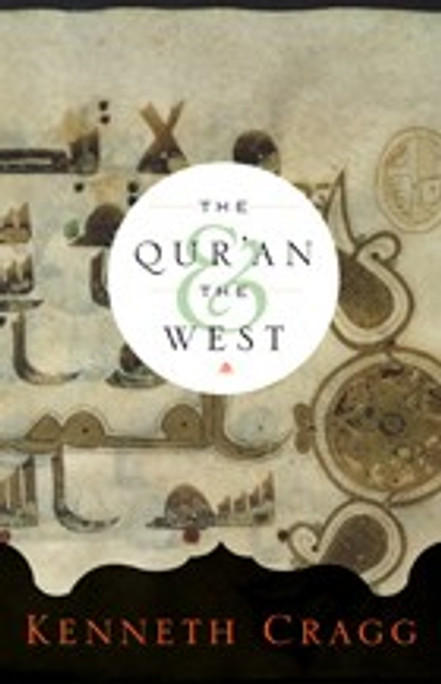 The Quran and the West Kenneth Cragg â€œ[Craggâ€™s book] contains material to provide endless discussion among educated readers who are concerned with interfaith and inter-cultural understanding, as well as those interested in the study of religion in general. â€”Tamara Sonn, Wm. R. Kenan Professor of Humanities, Department of Religious Studies, College of William and Mary â€œ[Craggâ€™s] book is as up-to-date, relevant, wise, constructive, and far-sighted as were previous seminal works that Cragg has authored over the last six or seven decades.â€ â€”Barbara Stowasser, professor of Arabic, Georgetown University â€œ[Craggâ€™s] references to the Qurâ€™an are always accurate and well-researched, his Arabic is impeccable, and he presents the Islamic case with understanding and finesse.â€ â€”Jane Smith, professor of Islamic studies, Hartford Seminary For six decades Kenneth Cragg has been recognized and praised as one of the Wests most gifted interpreters of Islam. In this latest, deeply insightful work, Cragg argues that the West must put aside a spiritual imperialism that draws on western prescripts alien to Muslims and learn to come within Islam. Only then can a conversation begin that can relieve the misunderstandings and suspicion that has grown between Islam and the Westâ€”especially since 9/11. Cragg makes clear that a misunderstanding of the tenets of a religion is a condition religions have suffered through the centuries and one to which Islam is no exception. He argues that the terrorists of 9/11 perverted the Qurans meaning and yet argues that fanaticism cannot be healed by being deplored or rebuked. Instead, the factors that induced it need to be resolved so that the anxieties they shelter can be patiently allayed. The Quran and the West offers a means of study that reaches for a deeper knowledge of the Quran, engendering a new understanding of its holy teachings, and opening a means for a fruitful discourse. Through close and thoughtful readings, Cragg reveals the difficulty that ensues through the Scriptures contradictory teachings on Islams manifestation in the worldâ€”teachings that have brought about a crisis for modern Muslims living in both the West and the westernizing worlds, where a Muslims obligation to Islamicize is met with anxiety and distrust. He shows Christians and the Wests failure to appreciate the lack of any distinction between secular and sacred in Islam and argues that only by understanding this condition can Christians truly appreciate the form their support for Muslims should takeâ€”encouraging Muslims to follow those Quranic teachings that champion humanitys cause. For Muslims, he urges an interpretation of the Quran that perpetuates the Islamic message rather than the Islamic regime. Anglican Bishop Kenneth Cragg is one of the foremost scholars of Islamic and Christian theology. His books on the Quran and Arab Christianity, including The Event of the Quran, The Tragic in Islam, and The Call of the Minaret have become classics in their field. Cragg has served in academic and ecclesiastical posts in Jerusalem, Beirut, Cairo, Nigeria, and the United States in addition to serving as the Warden of St. Augustine College in Canterbury.

Dawah in the West: The Quranic ParadigmÂ

The Quran An Eternal Challenge

The Quranic Concept of History

The Quran: A New Translation by M.A.S. Abdel Haleem

The Quran for All Humanity