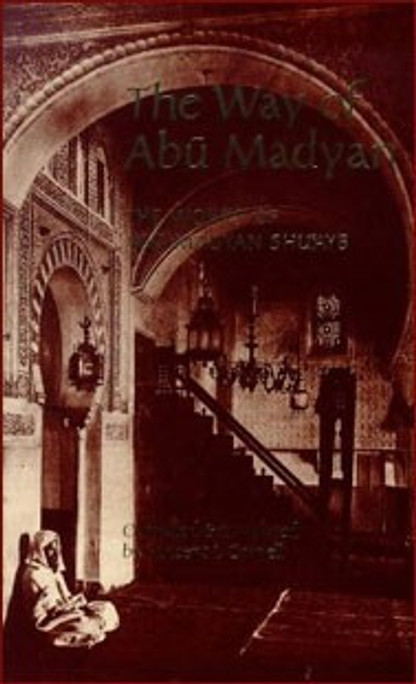 The Way of Abu Madyan

This is the first English translation of works attributed to Abu Madyan, a seminal figure of Sufism in Muslim Spain and North Africa.

The Way of Abu Madyan

This is the first English translation of works attributed to Abu Madyan, a seminal figure of Sufism in Muslim Spain and North Africa. The Arabic text accompanying the English translation also represents the first scholarly edition of these works in the original language. The variety of Abu Madyanâ€™s oeuvre, which includes doctrinal treatises, aphorisms, and poetical works in the ode, qasida, style, provides a unique opportunity for students of Arabic and Sufism, as well as the interested layman, to experience several of the most important genres of religious writing in the Islamic Middle Period. The Arabic texts have been extensively vocalised in order to aid the student. The work as a whole is well-suited for use as a reader for advanced level classes in the Arabic language. In addition, notes have been provided in the English translation. The Arabic parallel text, set by DecoType, Amsterdam, marks the debut of a new form of calligraphic typesetting in the classical Nashk style, combining state-of-the-art computer technology with unique faithfulness to the great calligraphic tradition of the Islamic world.

Abu Madyan Shuâ€™ayb ibn al-Husayn al-Ansari, 1115/16-1198, poet, teacher and Sufi mystic, was born in the town of Cantillana near Seville in Muslim Spain and is buried at al-Ubbad outside the city of Tlemcen in Western Algeria. After spending many years of his life learning from the most famous Sufis of Morocco, he settled in the Algerian city of Bijaya, where he spread his particular brand of orthodox mysticism to Sufi adepts and the general public alike. Called â€˜Shaykh of Shaykhsâ€™ and â€˜the Nurturerâ€™, al-Ghawth, by his contemporaries, Abu Madyan was the most influential Sufi of the formative period of mysticism in North Africa and had a profound influence on the eventual Qadiri and Shadhili Sufi traditions.

The Water of Zamzam [PB]

The Wise Man and the Prophet Musa [HB]

The Wahhabi Mission and Saudi Arabia

The Wise Man and the Prophet Musa [PB]

The World of Our Little Friends, the Ants (PB)

The Wonderful Universe of Allah

The War within our Hearts Second Edition