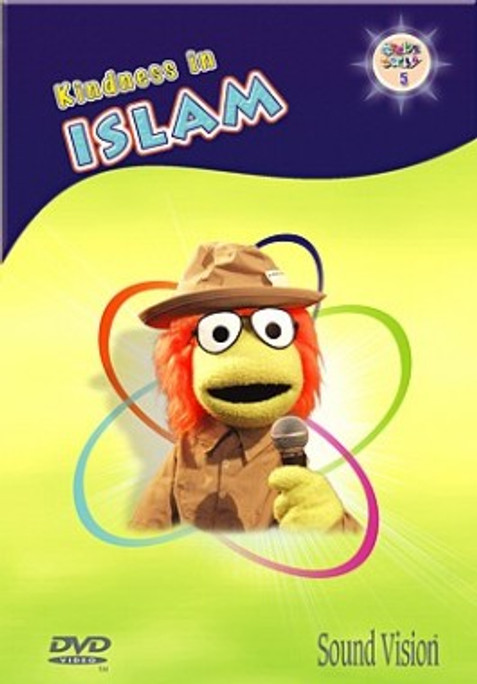 Adams World 5: Kindness in Islam (DVD) Find out how Adam learns to deal with the big, mean and scary neighborhood bully - with kindness! This is the fifth episode of the world famous Adams World childrens video series, what some call the Muslim Sesame Street. This video is ideal for children between the ages of 2 and 8. It teaches Islamic values in a fun and lively way that is almost sure to keep kids watching. Adam is a friend to children, someone who they can relate to and learn from. In Adams World 5, Adam learns how to deal with a mean neighborhood bully - with kindness! Despite a nightmare about facing his nemesis in the wrestling ring (and being clobbered by him) Adam bravely decides to do what a good Muslim does: try to be as kind as possible. Kindness is also emphasized with hilarious skits with puppets as well as a cartoon. And what is an Adams World episode without a trip on the trusty transvisualizer! This time, Adam and his friend Asad visit beautiful Malaysia, where youll find a train station that looks like a Masjid! On top of that, kids can sing along to a great song about charity and learn about Tilawah (Quranic Recitation) as well as the Arabic letter Ta. In addition, kids (and adults) will also learn more about Friday prayer and its importance in Islam. More Information: If youre worried about how to teach Islamic values to your young children in a way that will keep them interested, Adams World is one of the most powerful tools in your struggle.With the media bombarding our children with sex and violence, we need to communicate Islam to this next generation of Muslims in a way that is both educational and appealing to them. Thats why Adams World is so necessary. Heres what one parent had to say about this world famous childrens video series: I just had to pen this e-mail after viewing the first three videos of the Adams World series that I purchased recently. Masha Allah! The quality, production and content of the program is excellent. Within just a few hours my children were unhooked from their Disney videos. This is probably the wisest investment I have made on my kids behalf thus far. I intend to purchase the whole series without delay.

King of the Castle [PB]