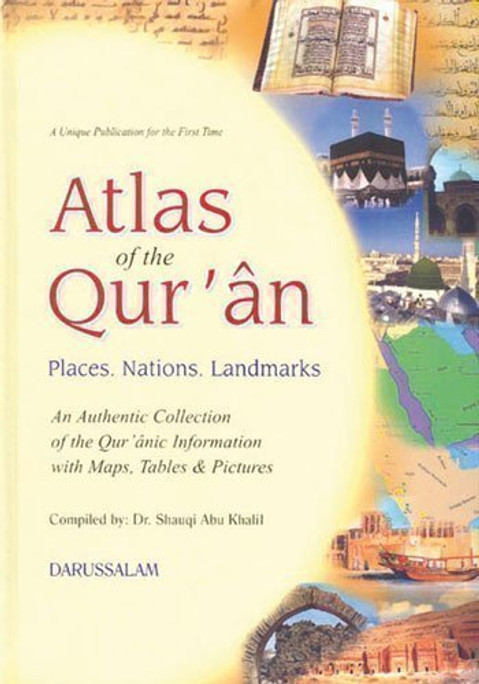 An Authentic Collection of the Qur'anic Information with Maps, Tables and Pictures
This Atlas is new in its subject, a subject that has not been touched before. It helps whoever recites the Quran or studies it to specify the locations mentioned by the Noble Verses, and to mark those places of ancient people mentioned in the Qur'an. This is besides locating areas where the incidents of the prophetic Seerah occurred. Eventually the diligent reader will easily recognize those places, learn about them, and take heed of them while reciting.

Eventually the diligent reader will easily recognize those places, learn about them, and take heed of them while reciting. The Atlas has also revealed obscure places we used to pass through inattentively, like the site where Nuh's Ark settled, the site of the curved Sand-hills {Al Ahqah}, the cave of the young faithful men, the houses of median, the site of Sodom and other places determined by the Atlas depending on reliable sources.

Thus the Atlas eliminates all the guessing and the fantasies we used to encounter when reciting the Noble Koran, and takes us to the specific place.

Atlas of the Islamic Conquests

At the Threshold of the New Millennium