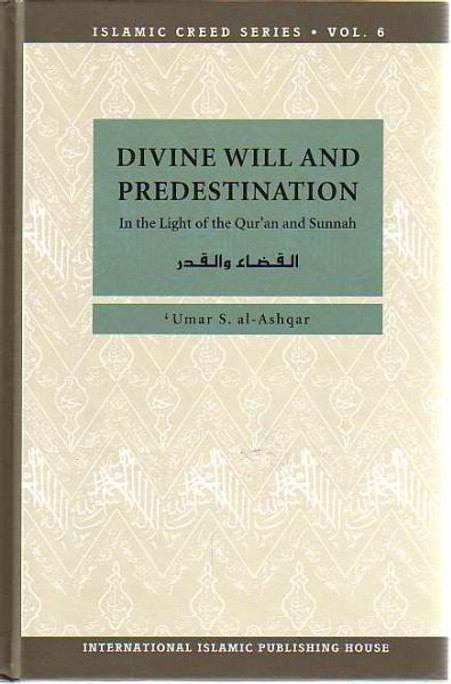 The will and decree of Allah: Is this a matter which is directly relevant to the day-to-day life of the Muslim, or is it an obscure topic best left to the debates of philosophers and theologians? Does it imply that Muslims are ‘fatalists’ who see themselves as helpless in the hands of an indifferent fate?

Attitudes towards divine will and predestination have always influenced Muslims’ daily activities. In this final volume of his eight-volume Islamic Creed Series, Dr. ‘Umar al-Ashqar explores this topic in depth, explaining it in clear terms for the ordinary Muslim. Drawing always on the Qur’an and the Sunnah, and on the words of the greatest scholars of Islam such as Ibn Taymiyah, he covers some of the historical debates that took place within the Ummah on this matter.

The true Islamic concept of divine will and predestination is an empowering notion. While all that happens takes place within the framework of the divine will, people have freedom of choice within those parameters. This is a matter which is of interest and concern for all Muslims, one which will bring many benefits, both in this world and in the hereafter.

The Messengers and the Messages - Islamic Creed Series Vol. 4