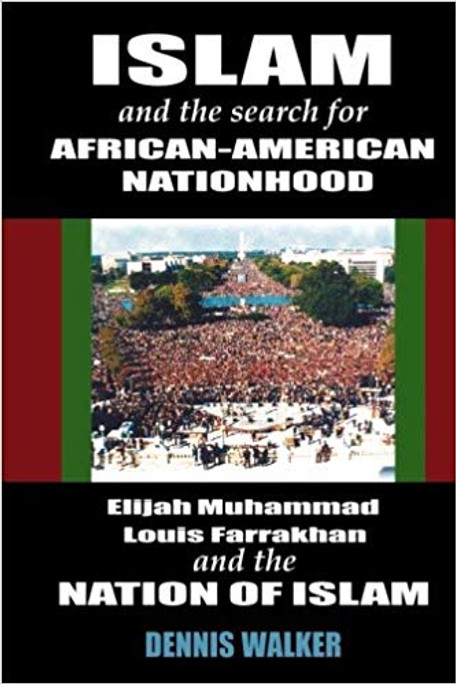 The presence of Islam in America is as long-standing as the arrival of the first captive Muslims from Africa, making Islam one of America's formative religions. But the long-suppressed indigenous Islam didn't resurface in organized form until the 1930s, when it infused the politico-spiritual drive by the Noble Drew 'Ali and the Honorable Elijah Muhammad to address the appalling social conditions of the ghettoized black masses of the North. Elijah Muhammad's Nation of Islam would prove to be the most extensive, influential and durable of African-American self-generated organizations. Combining black cooperative entrepreneurship with indigenous Islam-tinged culture and spirituality, the NOI pursued a collectivist nationalist agenda which sought to advance the black masses' cause--within America or without it. At its collectivist height, the NOI achieved a $95 million empire of interlocking black Muslim small businesses and farms--providing a model for "bootstrap self-development" by the marginalized and dispossessed, worldwide. Bourgeois elements developed within, or engaged by, the NOI sought to weld a united African-American nation out of a range of classes. Outstanding second generation leaders--Warith Muhammad, Louis Farrakhan and Malcolm X--would further imbed Islam in Black America, and extend its relations into the international community. Their media offered an informed and critical outlook on both domestic and international affairs that often paralleled progressive analysts. What seems clear, after two monumental marches in 1995 and 2005 to the nation's capital, is that the NOI and African-American Muslims will have substantial input into the future direction of the African-American struggle. But it remains ambiguous whether the developing African-American nation will pursue its still-unfulfilled promise through secession, autonomy or long-term integration. To date, indigenous American Islam has been made a bogey by various white elites in order to regiment their own and other ethnic groups. "Dr. Walker has drawn a portrait of this movement that deserves the attention of scholars. I strongly recommend it to teachers and students studying or writing about Islam and the African American experience." — Dr. Sulayman S. Nyang, Howard University "It is not very often books of substance on African Americans, Islam and the Nation of Islam are written to set the record straight, or to reveal the truth about an historical legacy in the making. However, Islam and the search for African American, and the Nation of Islam, by Dr. Dennis Walker is an exception to the rule... ...Dr. Walker’s book sets the record straight for an Islamic, African American and an Arab historical connection, the influences and impacting maze of geographical history, as well as the search for African American nationhood in the 21st century. This well documented book offers several defining points of views coupled with the elements of societies’ Black History, The Nation of Islam, race, class, and culture. Dr. Walker’s book also strengthens and confirms the longstanding relevance of media knowledge and networks within the African American communities and its impact on domestic and international relations. Islam and the search for African American Nationhood is an extensive scholarly treasure trove of African, Arab and Islamic history. This timely study on Islam and the African American movement and its leaders is worthy reading, yet goes beyond the expansion of the African American experience and its search for Nationhood." — Leila Diab in Muslim Journal

Illuminating the Darkness: Blacks and North Africans in Islam