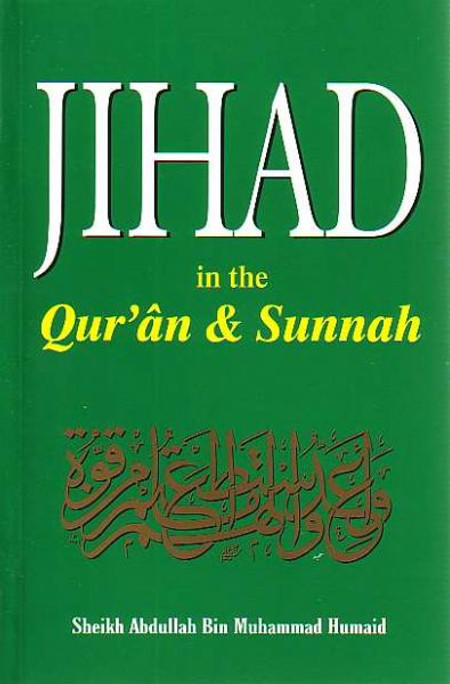 After the testimony of Oneness of Allaah swt and the Messengership of Muhammad , with firm belief and True Faith, one has to perform the acts of worship as ordained by Islaam. Among the obligatory acts of worship are offering the Salat (prayers), observing the Saum (fasts), paying the Zakat and performing the Hajj (pilgrimage to Makka). Besides these acts of worship, a Muslim is directed to abstain from evil deeds and to perform good deeds, so that he may achieve success in the Hereafter, as well as, in the life of this world. But, as regards the reward and blessing, there is one deed which is very great in comparison to all the acts of worship and all the good deeds-and that is Jihad! Jihad is regarded as the best thing, one can offer voluntarily. It is superior to non-obligatory prayers, fasting, Zakat, Umra and Hajj as mentioned in the Qur’aan and the Ahadith of the Prophet . The benefits of Jihad are of great extent and large in scope, while its effects are far-reaching and wide-spreading as regards Islaam and the Muslims. For an individual Muslim, Jihad includes all acts of worship and all aspects of belief- thus bringing him greatest reward and vast blessings; and for the Muslim nation, Jihad provides all kinds of successes in respect of prosperity and dignity, victory and glory-thus bringing magnificence and splendour. In this article, Sheikh ‘Abdullah bin Muhammad bin Humaid, ex-Chief Justice of Saudi Arabia, has presented Jihad in the light of Qur’aan and Sunna. Never before such an article was seen, describing Jihad in its true colours-so heart evoking and encouraging! May Allaah bless him with all His Blessings for all times. Dr. Muhammad Muhsin Khan, the translator of the Noble Qur’aan and the Sahih Al-Bukhari, has translated this article from Arabic to the English language with all its fervor and feelings.

Parenting Skills: Based on the Qur'an and Sunnah

Fiqh According to the Qur'an & Sunnah (2 Vol. Set)

Contemporary Approaches to the Qur'an and Sunnah

Understanding the Evil of Innovation Bid'ah

What Does She Expect Better?

What the Notables Have Narrated About Not Going to the Rulers

Contemporary Approaches to the Qur'an and Sunnah