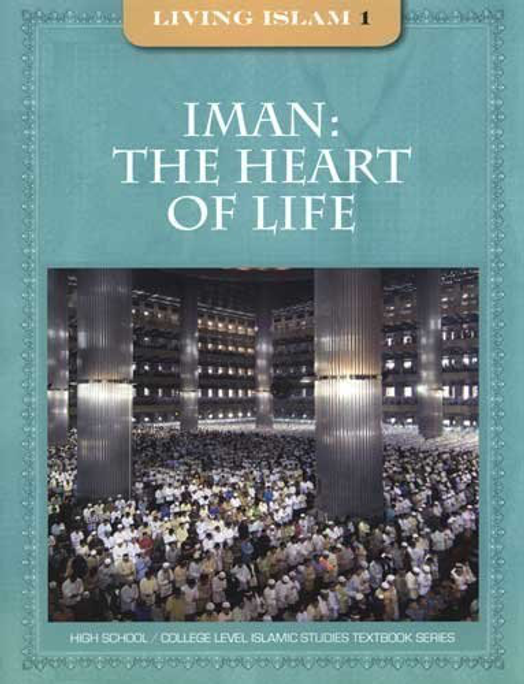 Iman is indeed the heart of life, especially in this increasingly materialistic world we live in! This is the first volume of the Islamic Services Foundations eight-volume Islamic Studies series, Living Islam, designed for high school and college students as well as general readers. It presents the concept of faith in Islam and its six major constructs, the six Pillars of Faith: Belief in God Belief in His angels Belief in His books Belief in His prophets and messengers Belief in the Day of Judgment and belief in qadar (destiny). We have selected the landmark book on this subject, Tareef `Aam Bideen-il-Islam (General Introduction to Islam) by Shaikh Ali Tantawi, may Allah shower his soul with His mercy. Well-known in the Arab world and translated into English and other languages, this unique book has influenced the minds and hearts of masses of students and intellectuals around the world. Relying extensively on the Majestic Quran and Prophet Muhammads (s) guidance on the subject of faith, Tantawi presents the very wellsprings of Islamic religious tradition and inspires his readers to understand what Allah and His Prophet want us learn about the divine world. The publisher Islamic Services Foundation are grateful to the family of Shaikh Ali Tantatwi for permitting us to republish his book in a textbook format, and bring it to the attention of unlimited numbers of students and readers in the US and around the world. It should be noted that Shaikh Ali Tantawis work is the main text body of this book. However, in the process of developing this great work into a textbook, we had to supply some necessary, but minor, modifications and add needed materials in distinct forms, such as side boxes, readers, related texts and other noticeable formats.

Living in the Shade of Islam

Living and Dying with Grace