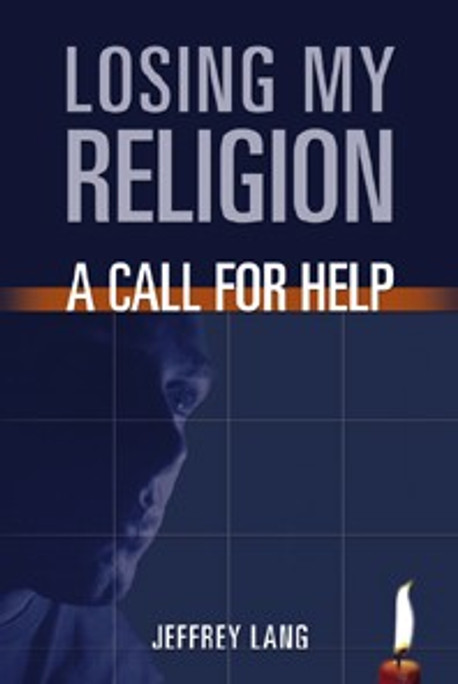 LOSING MY RELIGION A Call for Help By Jeffrey Lang Crucial to the vitality of any religious community is its ability to attract and engage descendants and converts. By this measure, notwithstanding the proliferation of mosques and Islamic organizations, the Muslim community in America is not doing at all well. This rather sober assessment motivates Dr. Lang to address, in this book, the alienation from the Mosque of the great majority of Americas homegrown Muslims. In Losing My Religion: A Call For Help, the author comes to terms with many of the queries put to him by Americans of Muslim parentage and converts to Islam since the publication of his book Even Angels Ask in 1977. Lang asserts that to effectively respond to the general malaise of American-born Muslims, the Islamic establishment in America needs to be willing to listen to the doubts and complaints of the disaffected. This entails engaging in open discussions on issues with which many in the Muslim community will be uncomfortable, but Lang avers that such open dialogue will be of more benefit to young American Muslims struggling with their faiths than the covert and uniformed discussions that often take place or no discussion at all. For this reason, Lang feels it is important and beneficial to be candid and objective and not evade controversy, for to inadequately state the case for or against a specific position, especially when it challenges convention, only serves to further alienate the sceptical. In addition to examining questions of theodicy, hadith authenticity, and moot practices within the American Muslim community, the author includes many testimonials and inquiries that make this book informative. Dr. Lang is Professor of Mathematics at The University of Kansas, Lawrence, Kansas. He is the author of two best selling works: Struggling to Surrender and Even Angels Ask: A Journey to Islam in America. Both books have been translated into other languages.

Im Learning My Religion - I Know My Boo

I'm Learning My Religion - I Like to Make My Namaz

Luqman's Advice to His Son

Magnificence of the Quran