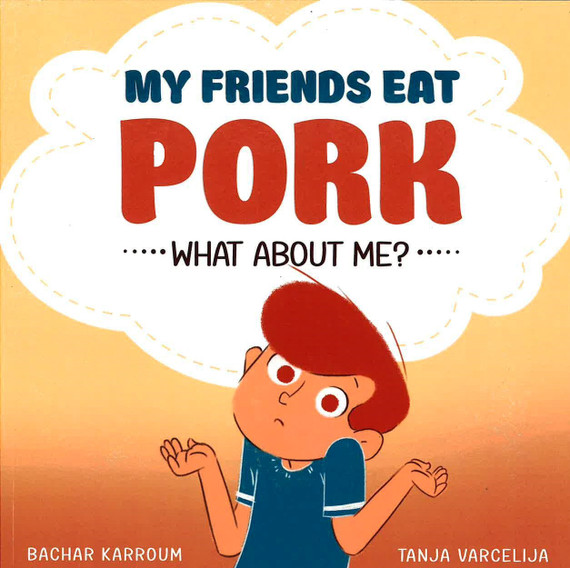 This is the story of Ahmad, a little Muslim boy. Ahmad does not eat pork and avoids dishes that contain pork meat. However, he notices that his friends at school do eat ham, bacon, pepperoni… and starts to wonder why they are allowed but not him. Ahmad wants to understand why Muslims do not eat pork while others can. While visiting his grandmother, Ahmad takes the opportunity to ask her the question. His grandma explains in a simple way what it means to be Muslim and why pork meat is forbidden in Islam.

The story of Ahmad and his quest to understand why he cannot eat pork is a topic that has never been treated before in Muslim books for kids. This story is based on the Quran and helps children understand more about their faith, learning the basis as to why Muslims do not eat pork while other religions allow it. Kids will also learn not to criticize or judge others who do eat it.

This Muslim book for children is great to help parents with basic Islamic education for their kids. Through this story, Muslim kids will learn:

My Tell Me About Series Box (5 Book Set)

Tell Me About Creation

Firdaus & Friends: Learns About the Heart

Tell me more about Ramadan

30 days of learning and good deeds

Tell me more about Ramadan

The Sugar Monster and Layla

Lala Comics: The Hilarious Encounters of a Muslim Woman Learning Her Religion

My First Words In Arabic

Granny, Where Does Allah Live?