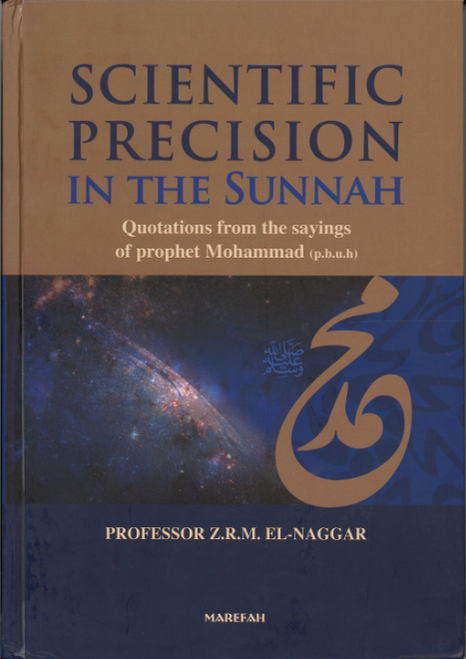 Quotations from the Sayings of Prophet Mohammad (P.B.U.H)

A book drawing upon the Hadith and Quran showing the advanced scientific knowledge in Islam.

Currently, man has taken unprecedented steps towards gainig material knowledge, and has become acquainted with the universe, its components, phenomena, and laws. Such knowledge has dazzled man, and immersed him completely in worldly affairs and deviated him away fom religion, being overwhelmed by the technical and scientific achievements of the time.

Knowing that man will reach such a stage in his history on Earth, Allah has provided both the Glorious Qur'an and the Sunnah of the final Prophet with a number of scientific facts that can testify to the divine nature of that book and the correct Prophethood of Muhammad(p.b.u.h.).
About Professor El-Naggar
Prof. Zaghloul El-Naggar is an elected Fellow of the Islamic Academy of Sciences (1988). A member of the Geological Society of London, the Geological Society of Egypt and the American Association of Petroleum Geologists, Tulsa, Oklahoma. He is a Fellow of the Institute of Petroleum, London.

A former professor of Earth Sciences at King Fahd University of Petroleum and Minerals (KFUPM) Dhahran, Saudi Arabia, Prof. Naggar was educated at Wales University in the United Kingdom from where he obtained his PhD in Geology in 1963. Author/co-author of many books and more than 40 research papers in the field of Islamic Thought, Geology, General Science and Education. He has taught at Ain Shams University, Cairo; King Saud University, Riyadh; University College of Wales, Aberystwyth, UK; Kuwait University and the University of Qatar in Doha. Elected a member of the IAS Council (1994 and 1999), Prof. Naggar is currently working at the Arab Development Institute.