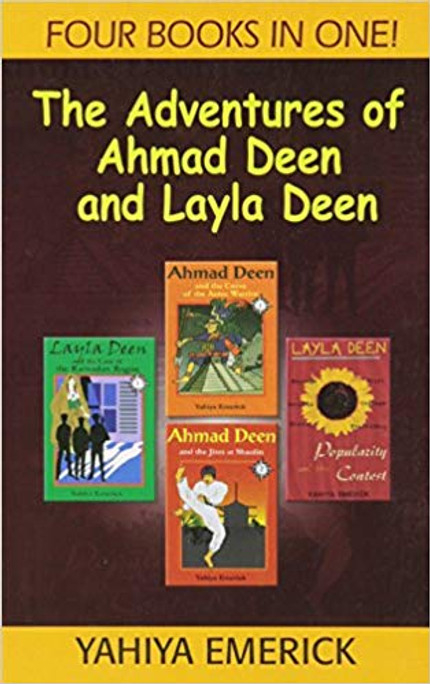 Journey with Ahmad and Layla Deen as they embark on one amazing adventure after another. In this special omnibus edition, all four Deen family stories are gathered in one place for hours of non-stop thrills. In the first story, Ahmad and Layla take a trip with their father to sunny Mexico to learn about the ancient Aztecs. After their father is kidnapped, they learn more about this ancient civilization than they could ever imagine. In the second story, Layla tries to catch a thief and what she discovers about herself is a lot more than she ever thought possible. In the third story, Ahmad goes on a class trip to China, but instead of getting a history lesson, he may become a victim of history, along with his annoying roommate. Can he survive? In the final story, Layla is a young teenager trying to survive her last year of junior high school. Just when she thinks her feelings of isolation are starting to get manageable, the student council decides to have a popularity contest - and her name is mysteriously entered! Find out what happens!

Layla Deen and the Case of the Ramadan Rogue

The Adventures of Musab

Thai Translation of the Meaning of the Holy Quran 1

The 99 Names of Allah

The Age of Peace