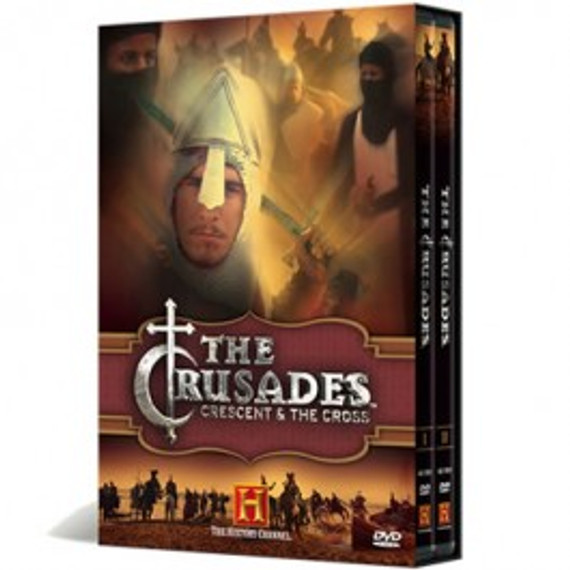 "Every five minutes theres an Aha! moment that illustrates ancient history by spotlighting human ingenuity and need...If school were this exciting, nobody would drop out."--The Star-Ledger
Cutting-edge re-creations and computer graphics bring the battles to life.
Renowned historians offer expert commentary.
The epic series from THE HISTORY CHANNEL.
CRUSADES: THE CRESCENT AND THE CROSS unfurls two centuries of war between two of the worlds most enduring religions in an ancient, unending struggle of human and divine drama.

A literal city of God, Jerusalem had been under Muslim control for over 400 years when Christian soldiers first besieged it in 1096 AD. Galvanized by Pope Urban II, waves of Christian warriors had fought their way from Europe to the Holy Land intent on bringing it under Christian control. Countless battles, amazing feats and an unforgettable cast of characters forged legends and legacies, but clear victory remained elusive. Only the 13th century and a new scourge from the steppes of Asia would bring an end to the Crusades.

With breathtaking CGI-enhanced visuals, heart-pounding reenactments, and stunning footage from rarely seen locations, CRUSADES: THE CRESCENT AND THE CROSS brings the first three major Crusades alive for a new generation in conflict.

Muslim Heroes of the Crusades [PB]

Salah Ad-Din And The Crusades

The Creation of the Universe [DVD]

The Cultural Atlas of Islam

The Days in the Desert (Colouring Book)