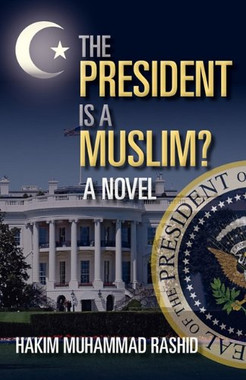 The President is a Muslim? A Novel

The President is a Muslim? Mark Holloway was born in Chicago to Bosnian parents. Left in an orphanage when his parents were killed in an auto accident, Mark was adopted by an American CIA agent and his wife. While spending his high school years in Khartoum, Sudan, he meets Zayd Abdullah, the son of a Muslim African American professor. Zayd helps Mark reconnect with his Islamic roots. Their lives become interwoven for over three decades amidst growing geopolitical turmoil. Constantly struggling with his identity, Mark chooses a career in politics and ultimately runs for President of the United States. Zayd becomes the Chief Political Advisor to the Amir (Leader) of the newly formed United States of Islam. As sinister forces push the two nations toward all out war, can their friendship avert a conflict that seems inevitable? Moreover, is the United States ready for its first Muslim President?