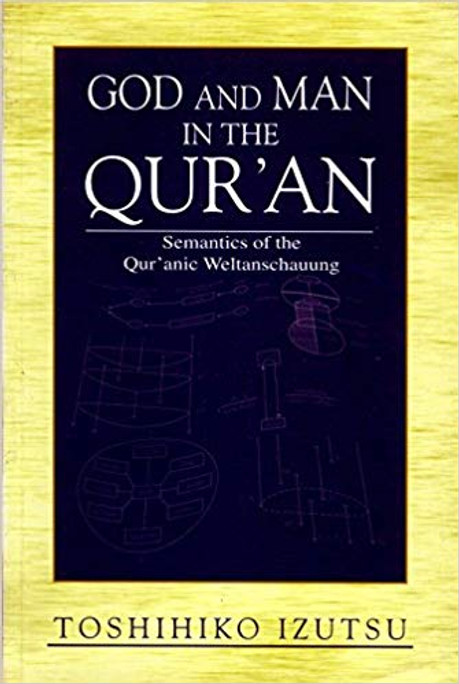 This book might as well have been entitled in a more general way "Semantics of the Qur'an" but for the fact the main part of the present study is almost extensively concerned with the problem of the personal relation between God and man in the Qur'anic worldview. Coming from the pen of the first serious Asian non-Muslim scholar and a Japanese, this book is now available in a new improved edition. Book Review by Fazlur Rahman -- "This book, which constitutes volume V of the series Studies in the Humanities and Social Relations of Keio University is written by Professor Toshihiko Izutsu and has emerged out of his lectures at McGill University, Montreal in the spring of 1962 and 1963. Actually, I participated in a seminar given by Dr. Izutsu at McGill during the 1960-61 session where he had tried out some of the ideas contained in this book. These seem to have matured over the years and this constitutes not only a welcome addition to the existing literature on Islam but introduces a new approach to the understanding of Islam-particularly by non-Muslims-the linguistic approach. The Arabic mistakes that appear in the book (some of which must be sheer misprints which are also frequent in the book) must not lead the reader to accuse the writer of inadequacy in Arabic which he knows and speaks fluently. Nor is this Dr. Izutsu's first work on the Qur'an, he has already given us a work on the ethical concepts of the Holy Book

Globalisation: The perspectives and experiences of the religious traditions of Asia Pacific